On this page you can learn how to distinguish male and female praying mantises. You can do this in two ways; by looking at the number of segments on the abdomen or by looking for external sex differences like the length of the antennae.

The segment counting method can be used for all praying mantis species that are older than L4 (fourth instar). In some species it is much harder to see than in other species. With small species you may need a magnifying glass.

The basis principle is simple: female praying mantises have 6 abdominal segments while males have 8. The final segment of the female is much larger than the others while the male has several small segments towards the end of the abdomen.

Counting the abdominal segments of a mantis will tell you its sex. Females have less segments then males. Left panel depicts a female nymph, the right panel a male nymph of Hierodula membranacea.

If you have an adult mantis you can also use the segment counting method. It’s even easier then because the mantis is larger and the body it completely formed. The next picture shows the underside of an adult female Chinese mantis. You can see that the last segment is large and has a particular shape. A male of the same species has several small segments at the end of the abdomen. The shape is also different. 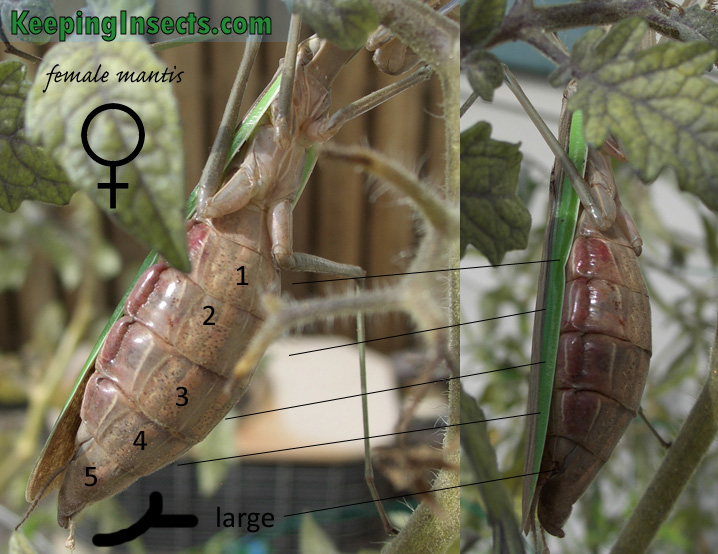 The abdomen of an adult female mantis. Males have more segments and the last segment is smaller than that of the female. On this image I did not number the first segment, it’s between the hind legs. Females have 6 segments and males have 8.

Looking at external differences between males and females

Adult male and female praying mantises are different from each other. This is called sexual dimorphism. The differences become more pronounced as the mantis grows older. This method of determining the sex of the mantis can be used between L5 and L8 instar, depending on the species. Some species look a lot alike while others are very different in body size or other aspects. 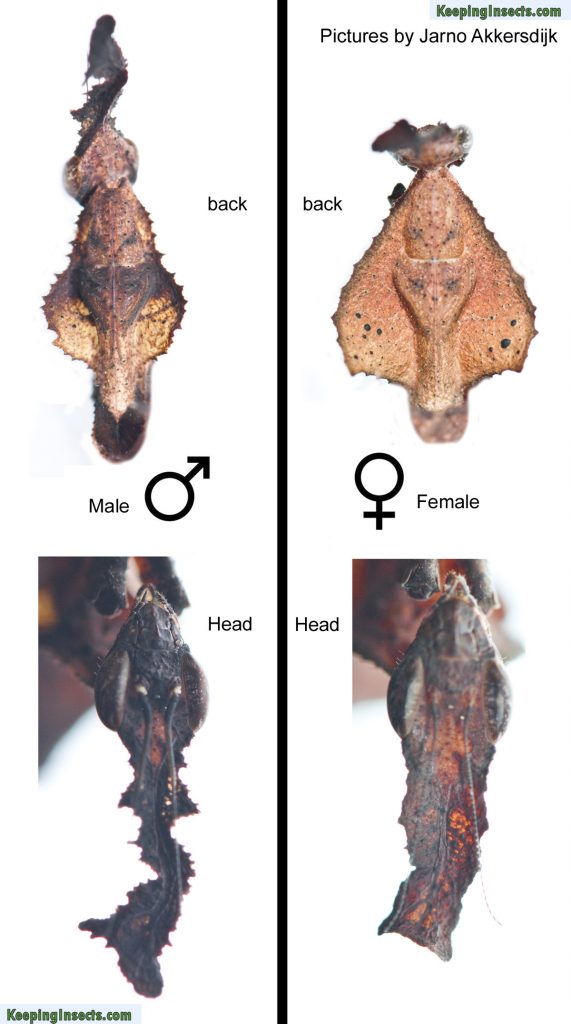 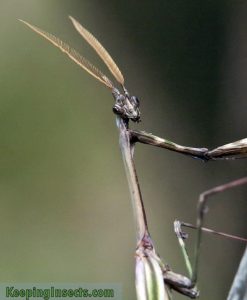 The feathered antennae of a male Empusa sp. mantis

Antennae
Males generally have longer and thicker antennae than females do. This can be seen most clearly when the mantis is adult, but as the nymph grows to become an adult it steadily develops the longer antennae. When comparing male and female nymphs you see that the female has thin hair-like antennae while the male has thick antennae. Species of the Empusidae family have males with feathered antennae (‘hairy’ antennae) while the females have smooth antennae.

Body size
Some species have a very clear difference in body size between males and females, for example the Orchid Mantis and the Budwing Mantis. As the mantis nymphs grow, you can start to notice that some nymphs stay behind in size compared to the others. These are the males. When adult the difference is even more obvious as neither of the sexes will grow anymore. 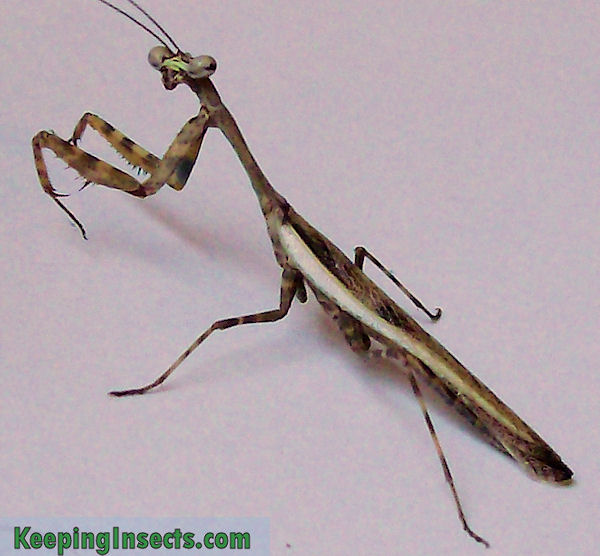 An adult Parasphendale affinis male. He looks completely different than the adult female (below) 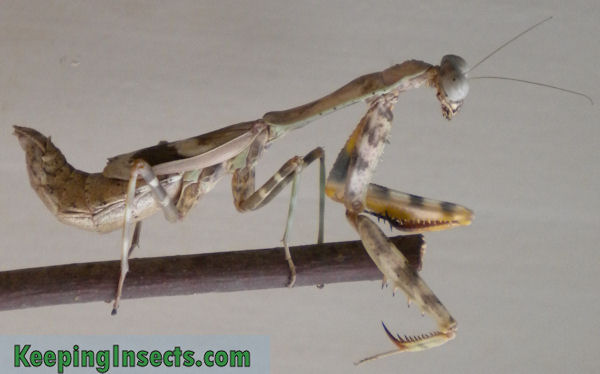 An adult Parasphendale affinis female. She is much larger and bulkier than the male. 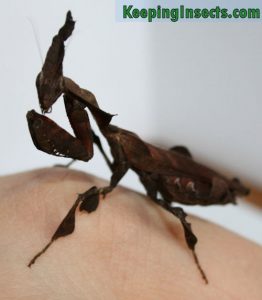 Body type
Male praying mantises are generally much more slender than female praying mantises. This can be seen especially well when looking at the thorax. Most species have a pronounced widening in this area, for example the shield of the Dead Leaf Mantis (Deroplatys desiccata), and males have a much smaller widening than the females. This effect becomes more and more pronounced as the mantis nymph becomes older. 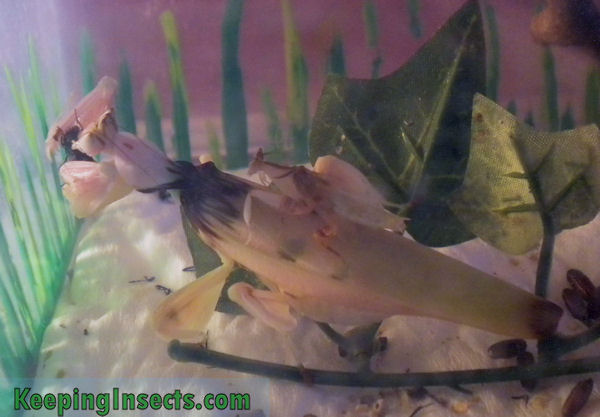 A male and female Orchid Mantis mating – You can see the difference in body size and shape clearly! 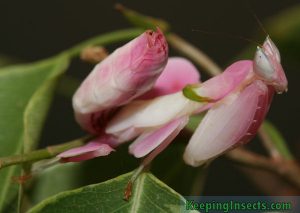 Not yet adult female Orchid Mantis 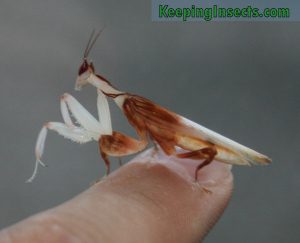